“I am honored to be elected Vice Chair of the South Dakota Democratic Party. Thank you to the State Central Committee for this opportunity to serve South Dakota. I am excited to work alongside the SDDP staff and membership to elect Democrats up and down the ballot in 2022. This year we need to be laser-focused on engaging our youth and building a South Dakota that works for everyone.”

Jennifer Slaight-Hansen has served on the Executive Board of the South Dakota Democratic Party and as Chair of the Brown County Democrats for over a decade. Slaight-Hansen was elected to the Aberdeen City Council in 2008 and served the city in that role for 10 years. Outside of politics, she helped found the Aberdeen Downtown Association, served for nearly 20 years on the Board of Directors of Homes Are Possible, Inc., and volunteered for Junior Achievement for 18 years. Jennifer Slaight-Hansen lives in Aberdeen with her two children and husband. 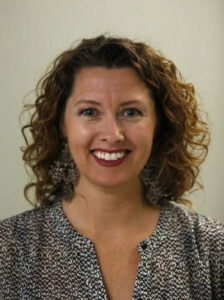