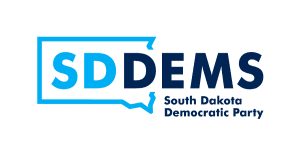 “Mike Rounds has spent his time in Washington following the other Senate Republicans in consistently putting the needs of millionaires and billionaires, large corporations, and special interests ahead of South Dakota families. He has refused to stand up to Donald Trump or party leadership to protect South Dakotans’ health care and South Dakota’s farmers from Trump’s reckless trade war. The fact that this far-right record is not good enough tells you all you need to know about how extreme the South Dakota Republican Party has become, and how vulnerable to a challenge Republicans view Rounds.

“While Rounds and Borglum compete to cater to the far-right base of their party, Democrats will hold them accountable for their extreme position and do everything we can to put a strong infrastructure in place for our eventual nominee – a nominee who will fight to make sure every American has access to affordable health care and that our nation’s economy works for everyone, not just those at the top.”