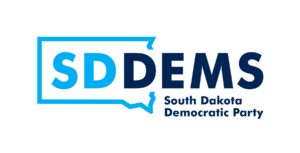 “South Dakota Democrats look forward to a competitive election cycle under the newly drawn district boundaries. Democratic legislators were actively involved in the redistricting process and worked to get the fairest maps possible.”

“We appreciate the work of the Senate Republicans to make this a bipartisan effort, which has delivered fairer maps than we had the past ten years. We can all agree better, fairer maps are better for our democracy.”

“Thank you to Rep. Ryan Cwach and Sen. Troy Heinert for their long hours and tireless efforts serving on the House and Senate Redistricting Committees to get the best maps possible for South Dakota. Rep. Cwach and Sen. Heinert had a significant impact on this process through their thoughtful and diligent approach.”

“We encourage all Democrats in South Dakota to get acquainted with their new district and consider whether they or someone they know should run for office there. We are excited to work with candidates and potential candidates for office. These new maps shuffle the board and present new opportunities for Democrats to win seats across the state and restore balance in Pierre.”